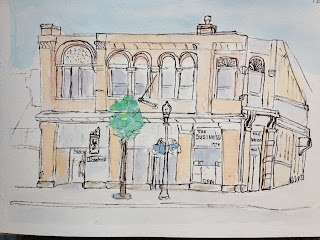 Jane sketched the Pratt Building on 4th and Commercial.  It was built in 1890!
Posted by Missy Walsh-Smith at 5:55 PM No comments: 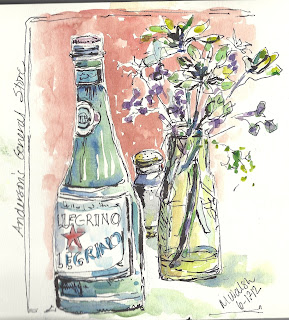 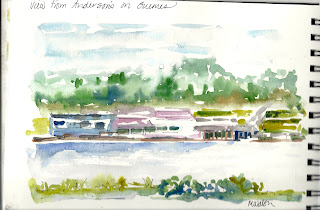 View from the deck at Anderson's~ 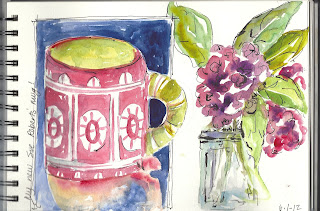 My new Sue Robert's mug and a bouquet! 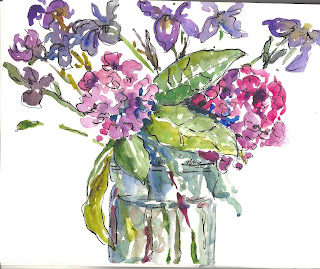 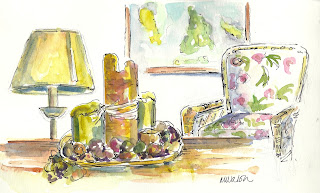 My living room at Guemes Cabin~ 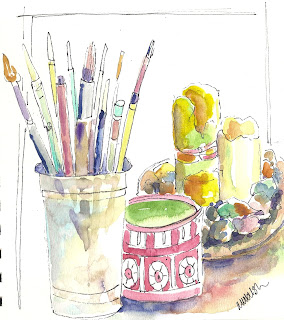 The Whidbey Island Sketchers joined the Anacortes Sketchers along with some Seattle Sketchers to sketch on Guemes last Friday. We started at Anderson's General Store, worked our way to Sue Robert's Studio and ended up at my cabin for Happy Hour!  It was a fun day!
And, yes, being inspired by my sketching friends, I did sketch some people, but ugh...as Sue said...."Corpse-like".  I'll practice!!

Sketches by Missy
Posted by Missy Walsh-Smith at 12:28 PM 3 comments: 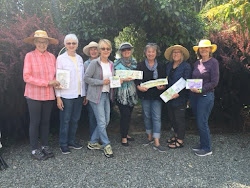 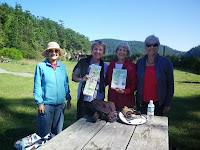